Chiropractic has been dealing with negative brand equity for as many years as we have been in existence.

While acceptance has certainly improved and the stigma associated with being a chiropractor has decreased, the public perception of what we do and when and why they would need a chiropractor is dismal at best. 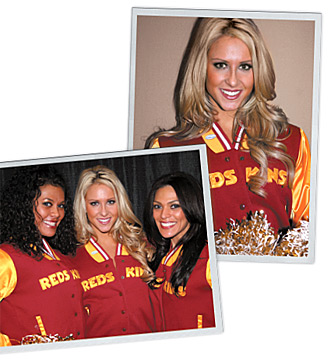 The Foundation for Chiropractic Progress (FC4P) has hung its hat on celebrity endorsements for years and is now regurgitating the old slogan, “Chiropractic first. Drugs second. Surgery last,” and spewing it out in its new and “improved” form of “Try Chiropractic First.”

The illogical nature of that slogan should be stated here. It is wrong for two reasons.

And Now for Some Marketing Lessons

According to some of the most important marketing lessons from David Ogilvy, touted as one of the greatest marketers of all time, the profession’s self-elected marketing team is breaking some cardinal rules.

So why are we so afraid to share it with society? Vertebral Subluxation is a HUGE idea.

It’s time to start acting like a profession, being congruent and ethical by sharing a message that people need to hear and not one that we think they might accept.

“In the modern world of business, it is useless to be a creative, original thinker unless you can also sell what you create.”

So how are we doing with utilization? Has that percentage increased or decreased over the last decade? Even if we were putting out original ideas, how are we tracking their success? Number of impressions means squat if it does not translate into creating buyers.

We know the F4CP is spending lots of money, but how does that translate into improved outcomes? Or better yet, are the desired outcomes in line  with our chiropractic objective?

“I abhor advertising that is blatant, dull, or dishonest. Agencies which transgress this principle are not widely respected.”

If we have a Big Idea, why are we resorting to cloaking it with celebrity faces and messages that strengthen misperceptions of what we do?

Chiropractors have clearly stated in three of the largest and most recent surveys that chiropractic is much more than the public perception of musculoskeltal specialty. (1-3) Advertising should speak not only to the wants but also create awareness of needs that buyers don’t even know they want yet. Telling the public that chiropractic is one thing with the intentions of telling them it is something else later is not only foolhardy but it is also dishonest.

“Advertising people who ignore research are as dangerous as generals who ignore decodes of enemy signals.”

61% of American adults search for health information online according to one survey from 2009. Odds are that percentage is much higher in 2013 as the Milenial generation and Baby Boomers increasingly turn to the internet for information of all sorts.

So what is the profession’s online strategy? One spine and iPhone at a time? LOL

Investing our resources predominantly in print media is a reactive and failed strategy for future growth.

Fortunately, some of us are working proactively to create progressive change versus the stagnant, failed strategy of past generations.

So what’s the Plan?

chiropractic is… has a plan. My current focus is to put out as much positive, philosophically congruent and understandable information online and in our practices as possible. To flood the internet with messages of our choosing versus the junk science and negative opinions we see all too often.

In coming months I will be releasing another tool for us to share our message. I’m excited to complete it and share it with the profession and public. I only wish there were more hours in the day and that my budget rivaled other groups. 😉

Enjoy this article? Enter your email to stay informed and focused.

Chiropractic is not for Everyone A Profession at War: What are We Fighting For? (Part 1)