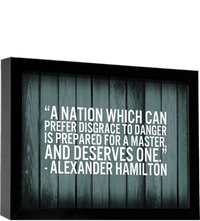 If you have ever stepped into the Facebook chiroworld, then you know that the land is filled with positive quotes (nothing against them…here is one of my favorites “A nation which can prefer disgrace to danger is prepared for a master, and deserves one”  Alexander Hamilton)

Okay, so it’s not that positive, but it is based in reality. It reminds me of chiropractic, but then again, everything usually does. However, the chiropractic nation has preferred disgrace for quite some time. I believe it started in the 80s. Probably the decade before when the silver of third party pay first began to entice our colleagues.

Focus Tullius. Yes, back to Facebook. With the countless quotes telling me that “I can do it!,” comes the juxtaposed anger-laden medical bashing, fluoride damnation, and anti-circumcision shenanigans. You know who you are! And yes, I was one of you.

I use to post and re-post the endless litany of studies and images portraying how bad the medical doctors and Big pHARMA really are. BTW, did you know that  every day the medical profession kills the equivalent of a boeing 747 plane crash? Yea, I heard that one too. It’s not really news anymore.

Not for me, and not for the public that keeps getting on the planes.

As I said, I was a Facebook medical basher and I made it out. With my 12 step program you can too!

Step 1  It Damages the Profession

Bashing medicine does nothing for the profession besides possibly helping to grow the individual chiropractic office. The majority of the public sees it as fanatical, unscientific and supports these two stigmas we’ve been trying to dodge for decades. Think people like you telling them they are not only a bad parent but also might kill their children through a poorly made graphic shared on Facebook. Yup, a great conversation starter for sure.

The majority of the public sees medical doctors as great heroes and lifesavers. After all, they are aren’t they? And then Joe Chiropractor comes along without any cultural authority to do so and screams, “They’re Murders! They kill babies!”

That will get us far.

Defining one’s self or an entire profession by what it is not is not a great strategy.

When one knows who they are and what they do, what they are not becomes obvious. It also makes it easy to identify what is incongruent and what does not belong. I suppose this is one of the major reasons for confusion in our professional identity or lack thereof.

7-Up did not say “We’re not Coke,” they were the “uncola.” Still not a strong positioning statement in my opinion but it was not even a real word. They created it and with it they allowed themselves to recreate and reposition who and what they were.

When chiropractic and chiropractors realize what it is versus what it is not, the profession will be able to focus on what it does and how it can become socially relevant. Until then, we’ll continue to keep a few people from getting on the plane instead of taking over the controls.

Buyer beware. In this information age, ignorance is inexcusable. Especially when it comes to one’s health or of their family members. People put more research and thought into which smart phone to get than well-being related services or the life threatening conditions they have created in their lives.

While this may sound callous, it comes from a place of sympathy for those not taking responsibility for their own health and a realization that the only way our profession, which currently lacks the cultural authority and influence to create the major shift needed, can possibly affect the millions in this country and others is to focus on a long term vision. That vision recognizes that people have choices, that they have a responsibility to care for themselves and their families, and that we must first gain cultural authority before we can possibly be taken seriously and have a major impact in areas that we currently do not.

Step 4 Don’t make it about you

Before you re-post that next anti Big pHARMa photo, think twice. Who is it for? Is it for Sally so she will finally say, “You know what, I will cancel little Johnny’s vaccinations today,” or is it to serve some need of your own. Perhaps its finding your own voice. Taking a stand against the Goliath pharmaceutical complex. A form of therapy maybe. Lashing out at the insanity and frustration we have all felt when another life is lost. Maybe you think chiropractic should be the savior. After all, our forefathers went to jail dammit! But what if our job is done? Would you be okay if we helped start, foster and cultivate the paradigm shift but never received the credit for it? If not, who are you serving? Them or you?

Whatever it is, before you post, ask yourself if this will add to your credibility, believability and ability to influence and impact more people in your community and more importantly, will it allow the entire profession to be able to do the same on a massive scale.

Okay, so that was only 4 steps. A lot easier than you thought right? Joking aside, it isn’t easy. It isn’t easy being a chiropractor and knowing what you know. It isn’t easy watching the nation kill itself and the rest of the world lining up. However, if we don’t focus on the reality of the situation and our collective goal of having massive impact and ability to save more lives in the future, it won’t matter how many lives are saved now, there won’t be any planes for us to fly or people to board them in the first place.