A Profession at War: What are We Fighting For? (Part 1) - chiropractic is...

A Profession at War: What are We Fighting For? (Part 1)

“It is easier to fight for one’s principles than to live up to them.” Alfred Adler

Ah…Chiropractic. The craziest profession to have ever graced this planet I think sometimes.

If I did not love it and the amazing gift and service it provides to mankind, I surely would have left it years ago. What other profession has seen such drama and battles within its own ranks? If there is one, I have yet to meet it.

But what is it we are fighting for? What is the battle and where are the lines? They have certainly become blurred over the decades.

Chiropractic’s history is riddled with fights to be fought and battles within and without. We’ve fought so long I think that we have become a nation of warriors. Ready to fight at a moments notice. Continually on guard and ultra-sensitive from years of abuse and a stigma that still lingers.

In the early years, the lines were very clear. Organized medicine was an enemy at the gate. Within it was those embracing the medical paradigm and mixing therapeutics with chiropractic techniques. 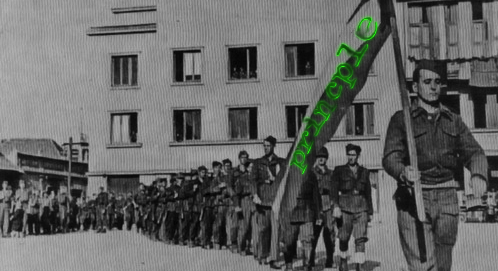 The ACA and ICA were clearly on opposite sides of the spectrum as were the respective colleges they were aligned with. Today those differences seem mostly semantical as an ACA/CCE/NBCE driven war of attrition has drained the “straight” side of the profession and left many chiropractors clinging to a tattered banner called “the Principle.”

For the natural rule-breakers and authority-questioners this profession attracts, “the Principle” is a sexy and cool statement of autonomy.  A flag to wave with others equally unaware of its true meaning or message. Students meaning well place a stake in the ground but often it is on a hill of sand entirely not their fault but the burden of generations before them.

“Be sure you put your feet in the right place, then stand firm.” Abraham Lincoln

Drugs & Surgery is NOT the Line

Somehow, somewhere “the Principle” banner was usurped and replaced by a “Drugless” banner that included any and all therapeutics, vibrational plates and now even cosmetics. As we have seen lately, those still holding to the “Drugless” banner are scrambling as their entire belief systems and the inconsistencies within themselves have been brought to the edge where they must be subconsciously and consciously confronted.For this group, “if we are no longer drugless” we are nothing because all other uniqueness was lost decades ago.

Drugs and surgery is not the line. The line is Chiropractic and always has been. As we have slipped further and further into therapeutics and away from our unique paradigm and mission, naturally our methods have followed. Man’s need for acceptance and justification for compromise has taken our profession to lows it has never seen.

Strong stands from leadership are becoming more and more rare and often the result of a cantankerous mob than a moral and ethical obligation. We must as President Lincoln advised, be sure we place our feet in the right place and stand firm.

The Wobbly and Silent Middle

While drugs and surgery is certainly not the line, it is a spring board.

It is an opportunity to reel the profession in and cut ties with those so far from our borders and boundaries that their beliefs and actions create so much internal conflict, confusion and constipation that it is threatening our very existence.

However, those who could potentially tip the scales, those in the middle that make up the majority of the profession, have remained virtually silent throughout these latest drug and education debates. Their silence screams approval or possibly paralysis from the fears spawned by declining enrollment rates. They’ve left a generation of students confused and afraid of their future.

It is a perversion of even the basic core values of therapeutic chiropractors to allow drugs and surgery into the profession. This is exactly why the centrists should rise up and cast out the bastards.

Petitions Won’t Save Us

As social media petitions and calls to arms run rampant, the war of attrition marches forward. Each generation leaving school with less awareness of what a chiropractor thinks, says or does.

Doctors and students, realize that petitions will not save chiropractic or our basic core values. If all you are doing is signing petitions and are upset with the state of chiropractic you have no further to look to place the blame then the mirror. We all do.

So what are we fighting for? Why are we locked in this civil war that has no end in sight?

I will dive more deeply into that in my next post.

“It was not well to drive men into final corners; at those moments they could all develop teeth and claws.” ― Stephen Crane

Enjoy this article? Enter your email to stay informed and focused.